(See lots of video demos at the bottom of the page)

One to One coaching

It couldn't be more simple: A student needs a Wasp or Hornet,
an exercise book, and a pencil. A coach needs scrap paper, a pencil and a little patience.

How long should a lesson be?  Between 15-30 minutes.  It is not necessary to use the book daily but the more often, the faster progress will be. Much depends on your student’s ability.  The programme has been delivered successfully on a weekly basis (1 hour).

Coaches can be mixed – all a coach needs to do is look where there are not 2 consecutive ticks to know where to begin - this makes it perfect to share coaching between school and home or grandparents etc.

The marking system quickly reveals the weaknesses and the dating system makes it easy to see how many coaching sessions a student has had. All this information makes it easy for a parent/teacher to monitor progress.

Reading and spelling are NOT separate skills. Our language is a code. Users of codes are not expected to be able to 'receive' alone. What would a code be without an inherent facility for its transmission? The Word Wasp & Hornet demands that the same constructional skills used to spell words are used to form the sounds when reading. Why on earth would the development of our language have favoured a method that would not allow the letters to represent the sounds of our words?

The building blocks of any language have to be the 'sounds'.  The mortar which binds them is the rules; a knowledge of grammar allows us to become the architects of communications.  The basic sounds are organized in our alphabet; we then construct further sounds by combining letters which broadens the sound base of our communication.  We push and weave them together to form words.

The Word Wasp/Hornet begins by teaching students to read and spell (decode/encode) simple sounds.  From simple sounds it moves to simple words.  Early exercises, in both texts, are concerned with vowel discrimination; these exercises are followed by VC, CVC and CVCC decoding and encoding exercises.  Students are then introduced to digraphs, trigraphs, diphthongs and rules.  Blending techniques are taught in these early stages and are encouraged throughout the texts.

The low frequency words and nonsensical passages in both texts prevent students from guessing, which further instils the phonic approach to spelling and reading. E.g. squinch, thrips, farl, kelp, peltate

Students are taught high frequency words but only as and when, the necessary rule has been introduced e.g. following the introduction of the digraph 'wa', high frequency words associated with this diagraph will then be taught: 'was', 'want', 'wad', 'wash', 'swarm' and 'wasp' etc.

Similarly, the words 'come' 'some', 'become' and 'none'. will not be taught until the exercises dealing with dead/redundant vowels has been introduced.

The programme insists that the application of phonic knowledge and the rules of English decoding and encoding is the only approach!

Many students spell only that which they hear and many sounds are barely audible.  The Word Wasp emphasizes every sound and coaches will be taught to articulate words for spelling.  Students are invited to read (decode) words and passages in order that they can see, hear, and build the structures and rules of our language and make a necessary link between spelling and speech.  If a student is able to spell the word then they acquire a stronger grip on the printed word.  Words become so much easier to read.  Students who fail to read and spell, fail to learn the order of letters, sounds, words and crucially, thoughts.  Reading and spelling using phonics and structure initiates sequential thought processes.

Letter sounds - We use traditional phonic sounds with emphasis, however since the introduction of pure sounds into mainstream schools and the large uptake of this approach, either way has proven to be effective and we are happy to advise coaches to adopt that which suits them best.  The most important point is NO CONSONANT NAMES EVER! – see the video below

Does the Word Wasp and Hornet use synthetic phonics?

Synthetic phonics and low frequency words play an integral role in the exercise structures of both texts.

The coach must read individual letter sound/sounds to the student who must then repeat before writing it down – we refer to this as ‘speaking for spelling’ and this method should continue throughout the programme.

Many students with literacy problems have diﬃculties with received sounds.  This is why mutual mouth watching is extremely important.

See the video demos at the bottom of the page.

Students must be able to analyse, and express, the sounds they hear.

Early exercises, in both texts, are concerned with vowel discrimination.

Auditory Discrimination - In order to facilitate such problems, the Word Wasp/Hornet includes exercises which stimulate a student's ability to discriminate between vowel sounds and vowel names.  The Hornet's exercises have been reduced to smaller, and slower steps.

Unstressed letters have always been a source of frustration and we have taken steps to minimise their impact on the learning process.

Tying spelling to speech is an absolutely necessity. However, unstressed digraphs and vowels are not so easy to interpret as they do not represent the sounds we normally associate them with. The ability to read and spell unstressed letters is the icing on the cake of fluent reading. It also gives an extra dimension to spelling skills.  The new edition of The Word Wasp and Hornet have included exercises to foster those necessary skills.

The symbol used for unstressed letters is commonly known as ‘schwa’ and this is what it looks like: ə. We have replaced that symbol with amber letters.

The colour coding plays a much more useful role and makes for easier translation of instruction. It also serves to demonstrate how wonderfully simple are the rules of our language.

Students learn, discretely, to look for significant patterns.  Very few words cannot be phonically assessed, or fail to find an appropriate niche in the programme. The colour code demonstrates how irregular words are both pronounced and spelled.

Blue letters = Silent: which switch what

Amber letters = Warnings: was wash want. ‘a’ after ‘w’ makes the sound ‘o’

Amber letters = Unstressed vowels/letters: vowel sounds and letters that do not give their true sound e.g:

The success of the Hornet & Wasp is because exercises and rules are timed to perfection! They are introduced in small steps for a student to cope with at carefully timed intervals. Students don’t just learn a rule and move on to another, they are discretely reintroduced throughout the exercises making sure they remain in their long term memory.

There are lots of example videos included below.

Any questions please check out the FAQ section on the website or contact us – we are always on hand to help.

If you are unsure of which text your student will need – see the suitability test. 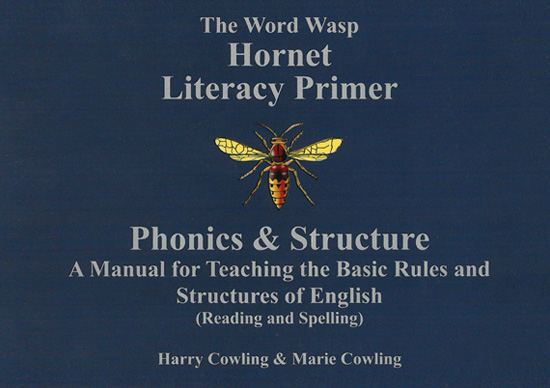 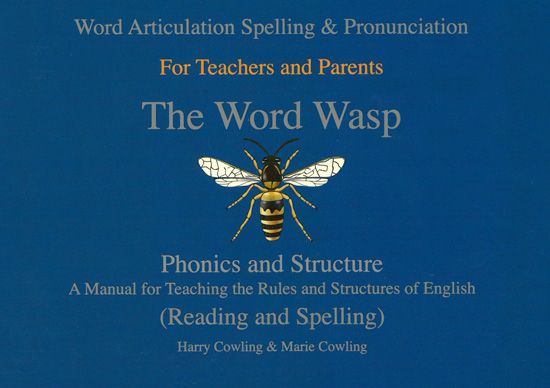